Okay, Okay. I admit it. I’m a total movie buff. My husband and I watch at least one movie per day, and sometimes two. Our favorite pastime after a long day is to curl up on the couch with a glass of water and navigate to one of the popular streaming media apps on our dvd player.  Over the years, we’ve found that there are a few movies we constantly return to. Some of my favorites include Dave, Avatar, the Back to the Future series, the Star Wars series, The American President, Tangled, i-Robot, Hitch, and a few more. They are all so different that it’s impossible for me to choose just one. 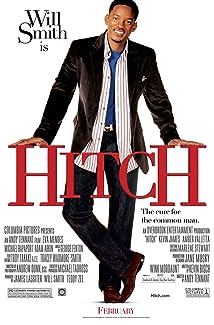 Movies sweep us away into environments that encourage emotions, thoughts, and feelings that we might not have experienced otherwise. Since I like to use movies to let go of the day’s stress, most often I choose comedies, fantasies, and romantic movies. My husband totally LOVES action flicks, on the other hand, which I typically don’t mind. Of course, if I’ve watched an action movie before it’s time to go to sleep, I may have to stay up a bit later to give time for my adrenaline rush to subside. A good romantic comedy is good for that, as long as it’s not too heavy on the steam.

On rare occasions, we will visit a movie theatre. These visits are often reserved for movies that are known to have spectacular graphics, a particularly compelling storyline, or if they are being aired for a special occasion. For me, seeing a movie on a big screen is like taking a kid to a candy store. Yes, that’s how much I love movies.

On the big screen, I’d have to say that AVATAR takes the cake for graphics. That movie simply AMAZED me! After I left the theatre, I felt as if I had sensory overload for the first time in my life! Likewise, I was surprised to see a movie with such a strong message. I loved James Cameron’s vision, and I believe it’s one of the best movies ever made.

That does not, however, mean it’s my favorite movie.

It’s kind of funny, as much as I like Avatar, there is a series I have yet to mention that has totally captivated me. I have not mentioned it thus far because I believe this series rises so far above the rest that it’s not even in the same league. Others of you who are also fans of this series will know what I mean. Before I reveal the name, however, I must say that, although the movies are fantastic, I believe the books are far better than the movies. The series of which I speak is Harry Potter.

Even though the Harry Potter series is my favorite of all, they are not my “go to” movies. I believe this to be true for me because I hold a certain respect for them, and don’t want to turn them on unless I can give them my undivided attention. These movies do not fulfill the same role and are not the typical “stress relievers” that the others are for me.

That said, I will end this post with “Harry Potter Rocks!”

This site uses Akismet to reduce spam. Learn how your comment data is processed.

Betwixters Once Upon a Time On Sale Now!

We use cookies on our website to give you the most relevant experience by remembering your preferences and repeat visits. By clicking “Accept”, you consent to the use of ALL the cookies.
Cookie settingsACCEPT
Manage consent

This website uses cookies to improve your experience while you navigate through the website. Out of these, the cookies that are categorized as necessary are stored on your browser as they are essential for the working of basic functionalities of the website. We also use third-party cookies that help us analyze and understand how you use this website. These cookies will be stored in your browser only with your consent. You also have the option to opt-out of these cookies. But opting out of some of these cookies may affect your browsing experience.
Necessary Always Enabled

Any cookies that may not be particularly necessary for the website to function and is used specifically to collect user personal data via analytics, ads, other embedded contents are termed as non-necessary cookies. It is mandatory to procure user consent prior to running these cookies on your website.